The straight, angular forms of the Kufi script, were replaced in this new font by curved and slanted lines. In this font, one third of each letter slants, from which the name “Thuluth,” Arabic for “third,” is derived. Thuluth is an elegant, cursive script that was used in the Middle Ages for decorations on mosques. The Thuluth script was also used for headings of suras (Quranic chapters). Some of the oldest copies of the Koran were copied in Thuluth. Another important aspect of this typeface is the use of so-called “harakat”, i.e. the representation of vowel sounds in the typeface, which also serves to beautify the script. Starting from the Thuluth script, various other calligraphy styles have been formed through slight changes in form.

Ruq’ah, or Riq’ah (Arabic: رقعة), is a variant of Arabic script used primarily in official documents and everyday writing. It is the most common font of Arabic and is known for its truncated letters consisting of short, straight and simple curves, as well as its straight and even lines of text. Unlike other calligraphy styles, Ruq’ah is not considered an art form. Rather, it is a functional writing style, quick to write and easy to read. In the Ottoman Empire, this style of writing was widely used, and it was required of every educated Ottoman at the time to master Ruq’ah. 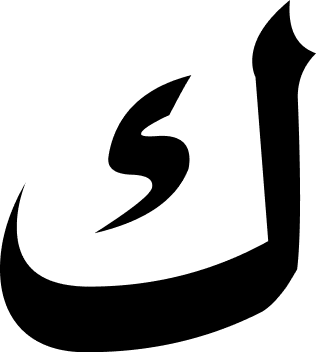 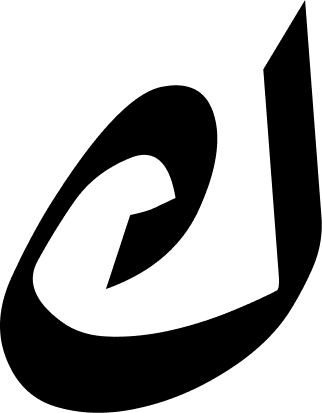 In the 11th to 13th centuries, round fonts were the most popular, partly because they were used by scribes. The Nashi/Naskh script is a sans serif script. This means that the characters lack “hooks” at the end of the ascending and descending strokes. For example, the “alif” (Arabic:أ) is written as a straight stroke that bends downward to the left. Nashi/Naskh distinguishes different sounds by using diacritical dots, which makes the script more readable. The Nashi/Naskh script replaced the Kufi script because it was easier to write. While the Kufi script was mainly used for ornaments, scribes also used the Nashi/Naskh script for everyday purposes. Naskh was also used for copying books and administrative court documents. In addition, decorative elements were given a softer, rounded design with this calligraphy script instead of the more angular Kufi script commonly used.

The Kufi script became known early on as the preferred script for the Qur’an and for architectural decoration, and has served as a model for other Arabic scripts ever since. It developed from the Nabataean alphabet in Kufa, a city in southern Iraq, from which its name is derived. The Kufi script is characterized by strongly angular, rectilinear letterforms and their horizontal orientation. There are many different versions of the Kufic script, such as square Kufi, floral Kufi, knotted Kufi, and others.

Persian calligraphy, also called Nasta’liq (Persian: نستعليق), is a millennia-old tradition. The Nasta’liq script is a cursive script often written in very small letters, a mixture of Nashi and Taliq. In the 15th century, it became the most widely used script in Persia and spread eastward.

Nasta’liq is the script for everyday use in administration and business; it is used for book titles, signs, posters, and letters. With its sweeping underlines, elongated horizontal lines, accented round forms, and lack of serifs, it is considered one of the most elegant scripts in the Persian language.